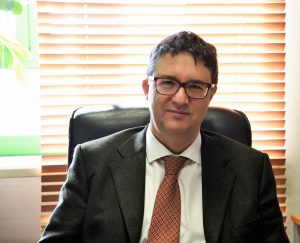 Later on, he has been awarded the “A.E.I.” prize for the best paper published by a young author for the paper: “Loss performance analysis of an ATM multiplexer loaded with high speed on-off sources”, IEEE Journal on Selected Areas in Communications, Vol. 9, N. 3, April 1991.

From November 2003 to November 2008 he has been the Chair of the PhD program in “Telecommunications and Microelectronic Engineering”, University of Roma Tor Vergata (http://phdelectronics.uniroma2.it/).

From November 2010 to November 2015 he has been the Chair of the Department of Electronic Engineering, University of Roma Tor Vergata (http://www.eln.uniroma2.it/en/).

From November 2013 to November 2016 he has been a member of the Steering Board of the European Technology Platform “NetWorld2020″ (http://networld2020.eu/). The NetWorld2020 ETP has more than 1000 members (industrial and academic organizations).

From November 2013 to November 2016 he has been a member (one of the six persons representing the research sector) of the 5G Infrastructure Association and of the 5G Public Private Partnership  (http://5g-ppp.eu/) a joint initiative between the European ICT sector and the European Commission, whose members fund with a 1.4 Billion Euro budget the next generation of communication networks and service.

From November 2016 to November 2017 he has been a member of the board of the master program “Big Data in Business”, with responsibility on one of its four main themes: “Networking” (http://bigdata.uniroma2.it/).

Since January 2017 he is the Director of CNIT (National Inter-University Consortium for Telecommunications, http://www.cnit.it/), a non-profit Consortium among 37 Italian Universities, including also 6 research units belonging to institutes of the National Research Council (CNR). CNIT also operates four national laboratories. More than 1,300 people, belonging to the participating universities, collaborate with CNIT, while the number of employees is more than 100. CNIT revenues (about 18M€ per year) come from private companies and competitive funding programs. CNIT has participated in 57 H2020 projects and coordinated 14 of them.

Since October 2017 he is a member of the Data Protection Supervisory Authority of the European Space Agency.

Research projects and coordination of projects

Dr. Blefari-Melazzi has been the coordinator for the following European projects. The total cost of these projects is about 35 M€:

He also participated to other 12 European projects (INSIGNIA, MEDIAN, SECOMS, AQUILA, ELISA, and WHYLESS.COM, EuQoS, DISCREET, PRISM, GREENICN, CONFINE, GN3plus and 5G PICTURE), for a total of 32 of them.

He has been the coordinator of his university’s activity for several projects funded by the European Space Agency, by the Italian Public Education Ministry, by the Italian National Research Council (CNR) and by major companies (e.g., Alenia Spazio, Ericsson, Siemens, Telecom Italia, Telespazio).

He has been an evaluator for many research proposals.

Dr. Blefari-Melazzi served as session chair, member of the Technical Program Committee, TPC chair and general chair for IEEE Conferences and as editor for IEEE and Elsevier Journals. He organized many workshops e.g. on Quality of Service in the Internet, UWB, 4G and 5G issues.

He is author/co-author of about 250 papers published in peer-reviewed, international journals and conference proceedings. He is also the co-author of book chapters on Quality of Service issues in the Internet and on Ambient Intelligence and of a handbook, in Italian, on the TCP/IP protocol suite: “Internet: Architettura, Principali Protocolli e Linee Evolutive”, McGraw-Hill, 2005 (http://www.ateneonline.it/blefari_melazzi/).

We use cookies to ensure that we give you the best experience on our website. If you continue to use this site we will assume that you are happy with it.Ok